“In all our prayers we always pray with joy for all of you because of your partnership in the gospel from the first day until now, being confident of this: That he who began a good work in you will carry it on to completion until the day of Christ Jesus.” 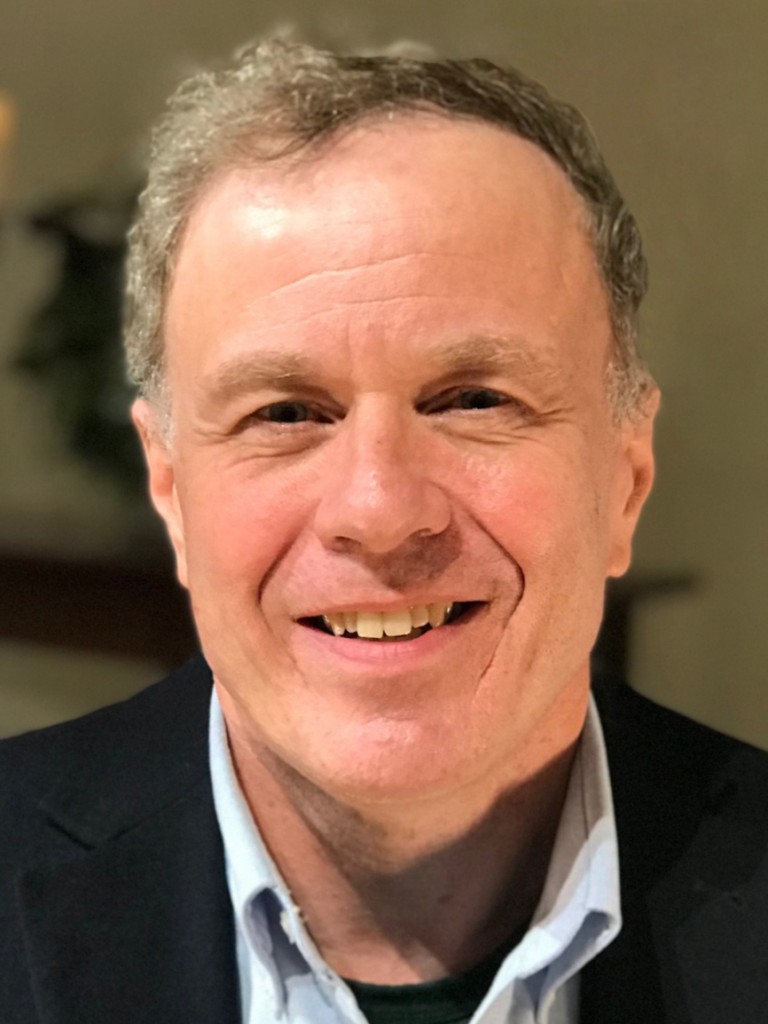 Steve ConstableSenior Pastor
Steve was born and raised in England and became a Christian in his early teens. After graduating from university, he arrived in the US in the mid-80’s to pursue both his future wife, Barb, and his dream to be a scholar of Shakespeare. After four years into graduate school and helping with the local InterVarsity chapter, Steve and Barb concluded that God was calling them to seminary (Trinity Evangelical) in Chicago. In 1992 Steve graduated from seminary, was ordained in the PCA and began serving a church in suburban Chicago. In the late 90’s Steve and Barb moved back to the UK where he served as pastor at the International Presbyterian Church in London. From there, they returned to a PCA church in rural upstate New York until 2004, when they moved to Richmond to serve at SPC. Along the way the Constables had a little Constabulary — four children: Ben, Chrissy, Johnny, and Emma. 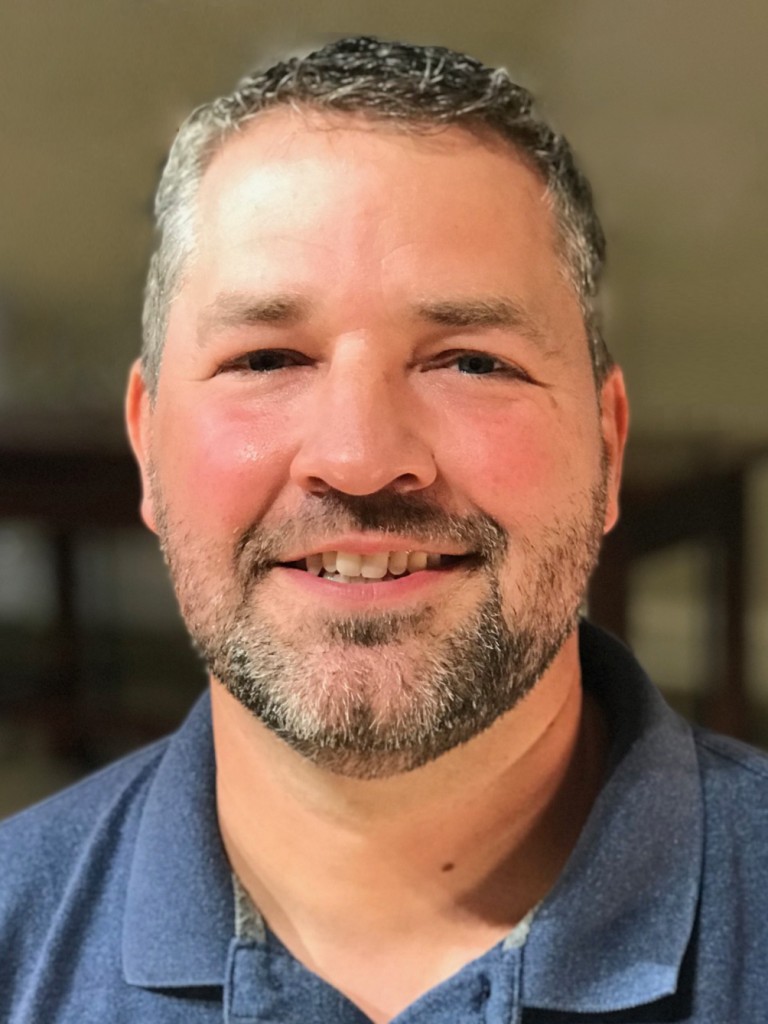 Zac CollinsAssistant Pastor / Youth & Young Adult Ministries
Zac, a Richmonder, sensed a call to ministry in high school while on a mission trip to Costa Rica and went through undergraduate and graduate work preparing for that call. Zac absolutely loves student ministries and has been in full-time ministry since 2001. He joined the staff at SPC in 2008 as the Director of Youth & Young Adult Ministries and now serves in that position as an Assistant Pastor. Zac and his wife Bethany have two boys, Sam and Drew. Their family life is filled with outdoor activities with friends, woodworking, gardening, chickens, honey bees, and a lot of time on the soccer field. 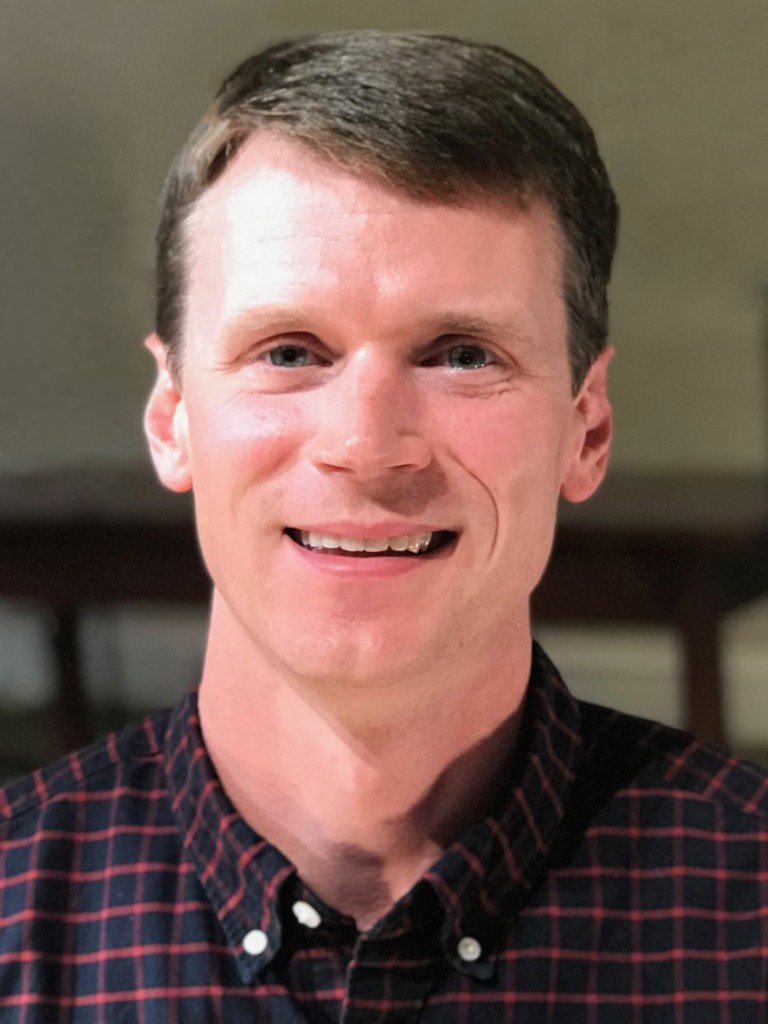 Curt KenneyAssistant Pastor / Community Groups
Curt grew up in Yorktown, VA and studied Finance and International Business at James Madison University, where he met his wife Catherine through InterVarsity Christian Fellowship. He worked in micro-finance in Chicago, Charlottesville, and Kenya before completing an M.Div. at Gordon-Conwell Theological Seminary in Massachusetts. Prior to joining Stony Point Church as the Assistant Pastor for Community Groups, he served as a pastoral intern at Citylife Presbyterian Church of Boston and the Youth and Family Pastor at Virginia Beach Community Chapel. Curt is a fan of Starbucks French Roast, snowboarding, soccer, reading, and spending days off with Catherine and his 4 daughters Caroline, Julia, Elizabeth, and Frances. He also happens to be a moderately skilled corn-hole player. 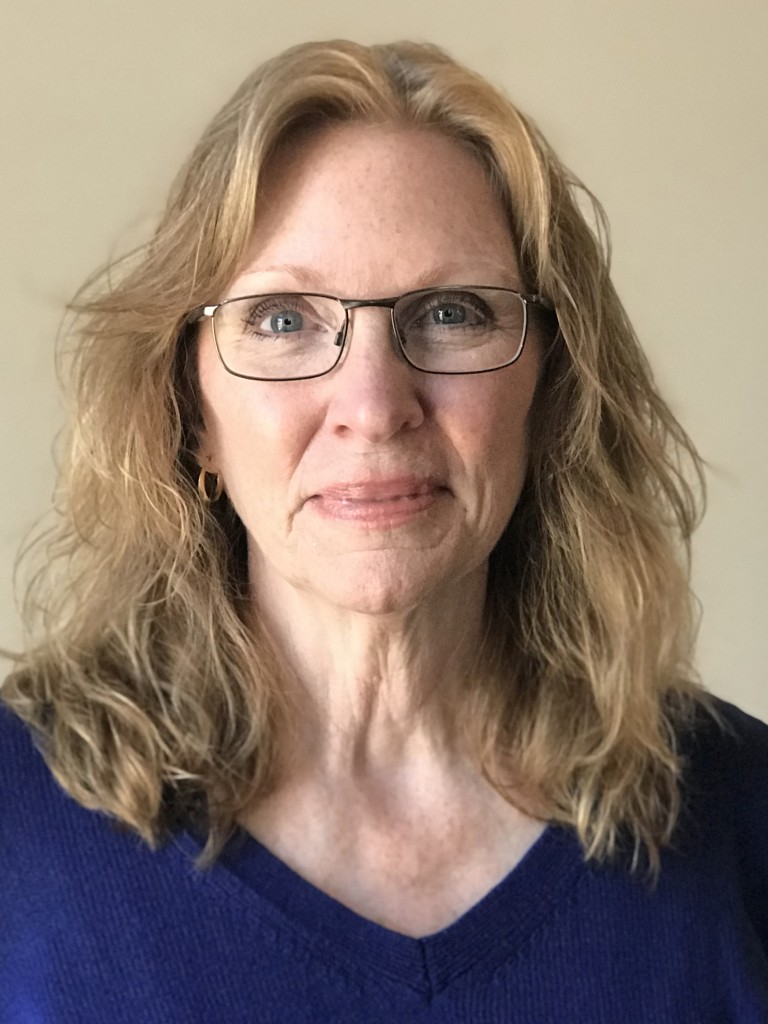 Virginia CasanovaDirector of Church Operations
Virginia grew up in Beavercreek, OH (outside of Dayton) and met her wonderful husband, Lorenzo, in the Dominican Republic where she spent her gap year studying Spanish. They married in Ohio, lived a couple of years in the DR, moved several times up and down I95, collected a couple of amazing kids along the way, and finally settled in Richmond in 2001. It took her nearly 20 years and 5 educational institutions, but Virginia eventually completed an AAS in Systems Analysis from Delaware Tech, a BA in Spanish from VCU and an MA in Linguistics from UVA. She worked at VCU for 14 years in various teaching and administrative capacities until God nudged her out the door and down the road to Stony Point in 2021, where she is thrilled to be serving the staff and congregation as the DCO. Virginia loves reading, family game nights, throwing pots, and all things spreadsheet. 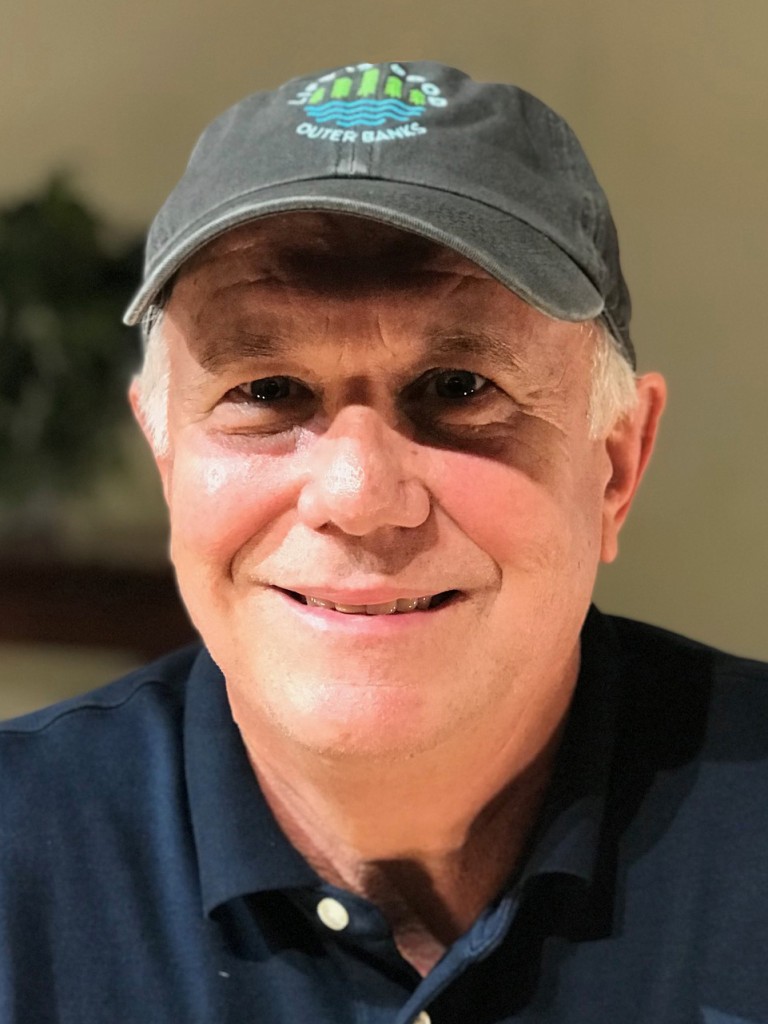 Michael BryantMusic & Missions
Michael grew up in Virginia Beach and became a Christian when he was ten. He taught elementary school, played in a band and ran a small business before becoming SPC’s Coordinator of Children and Youth Ministries. He now provides support for SPC’s musicians and Missions Leadership Teams. He married his high school sweet-heart, Cindy, and has four adult children and a growing herd of grandchildren. 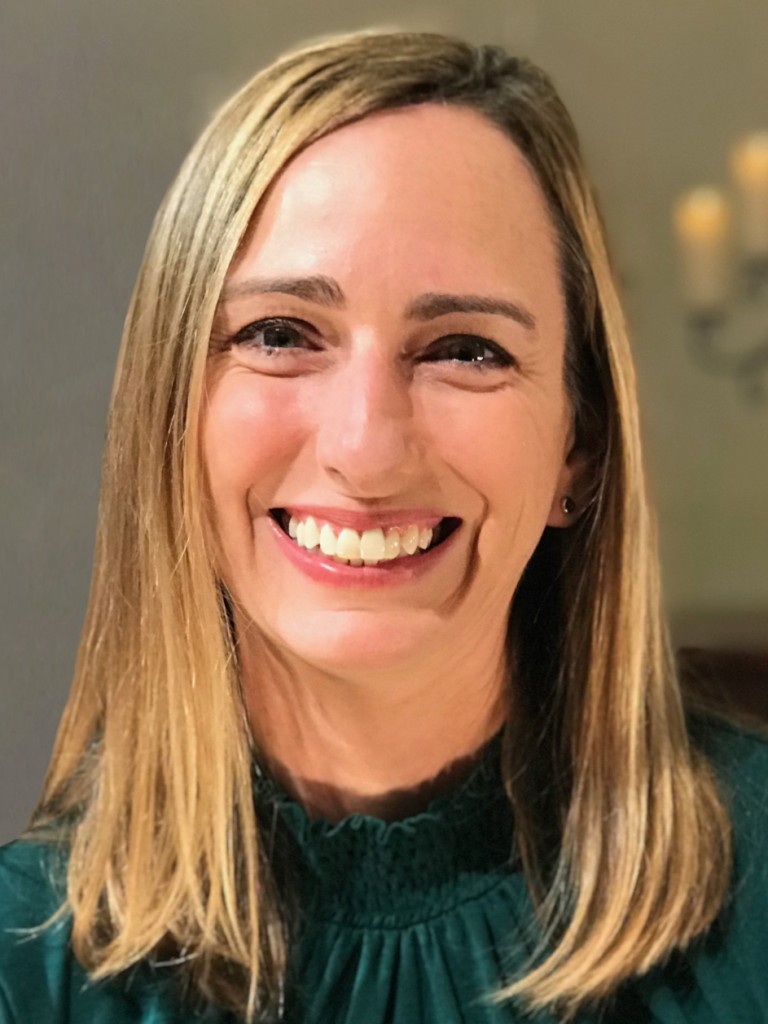 Jennie RayChildren’s Ministries
Jennie was born and raised in Nashville, Tennessee and accepted Christ at a young age. She met her husband, Mark, at Auburn University where she received a degree in Secondary Math Education. After teaching math to seventh graders for five years, she began the harder work of raising their three children: Parker, Maryn, and Emma. In 2011, they moved to Midlothian where Jennie added math tutoring to her schedule. She feels blessed for the opportunity to express her love of Jesus, kids and teaching as SPC’s Children’s Ministry Director. 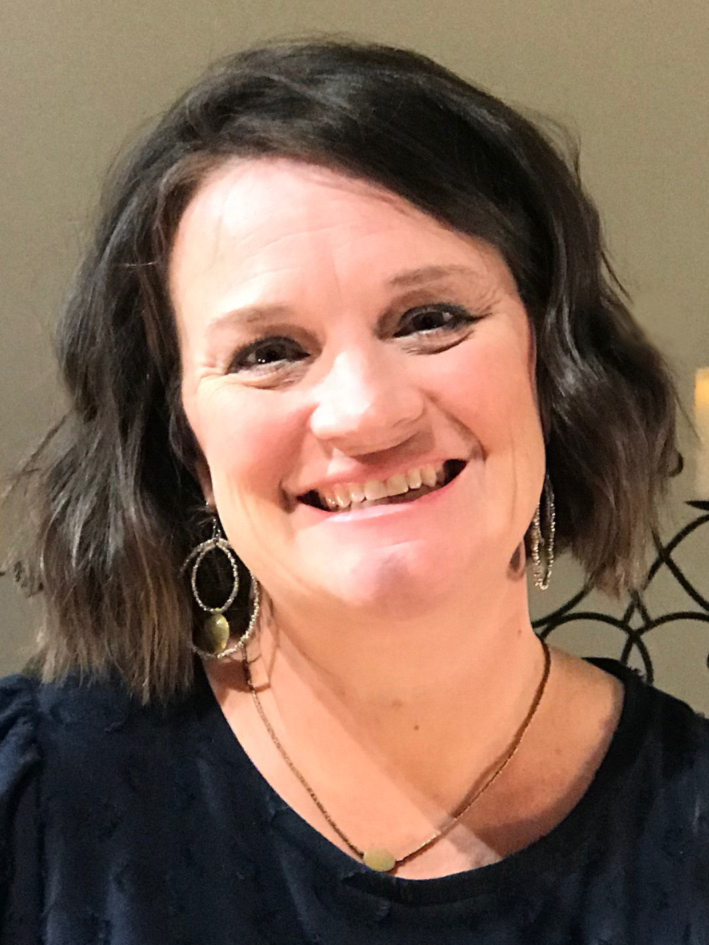 Dawn JamesWomen’s Ministries
Dawn grew up in Ohio and became a Christian at a young age. After graduating from Asbury University with a degree in Education, she taught high Social Studies for 4 years. She met her husband, Chuck, while attending graduate school at Regent University. After completing her masters degree in Public Policy, she served as a political appointee in Washington D.C. in several government agencies. She and Chuck have 2 children, Madeline and Charles (C.J.). She loves to read, cook, walk and spend time with her family. Working with the women at Stony Point is a blessing.

Janice BilgerLay Counseling
Janice has an MA in Pastoral Counseling from Liberty University and a BBA from Texas A&M. She is a certified Clinical Anxiety Treatment Professional, PREPARE/ENRICH premarital counseling administrator, and addiction recovery specialist. She also has experience working with family mediation, marital counseling, grief counseling, divorce recovery, and depression. In addition to individual counseling, Janice oversees our Lay Counseling and Support Group programs at SPC. She views her role as someone who comes alongside of those in need while God speaks into their situation and lives. Janice and her husband, Mark, have five grown children — Jesse, Amanda, Laura, Seth and Nate. Seth and his wife, Michaux, are members at SPC. 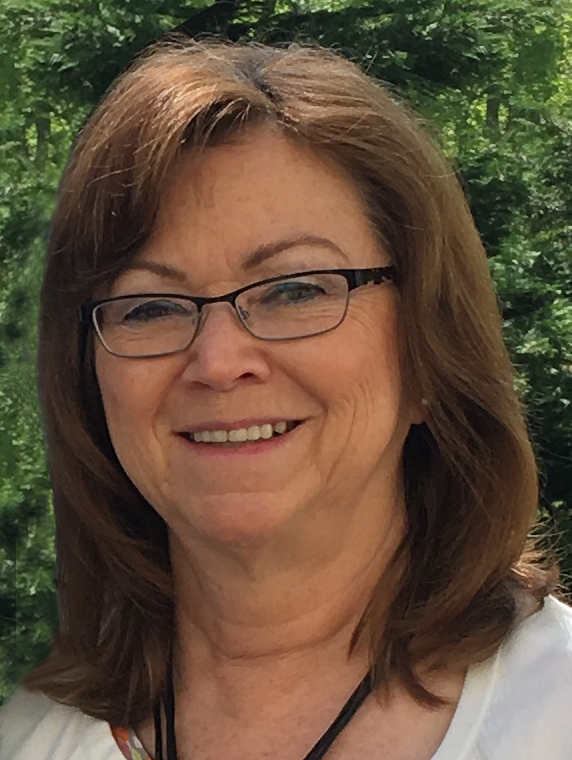 Lynn LilesAdministration
Lynn was born and raised in Norfolk. She has a BFA degree from VCU, and has worked for various design firms, and banks, as a designer and facility planner. She has been a member at Stony Point since the early eighties and has served in various volunteer capacities to include: children’s Sunday School superintendent for over 12 years, nursery, greeting, women’s ministry, and helped with our emergency food pantry. Lynn has two adult children — Austin and Leigh, who live in the Richmond area. She loves to cook, read, and walk, but most of all enjoys spending time with family and friends at the beach or in mountains. In 2003, she joined the SPC staff and serves as administrator. 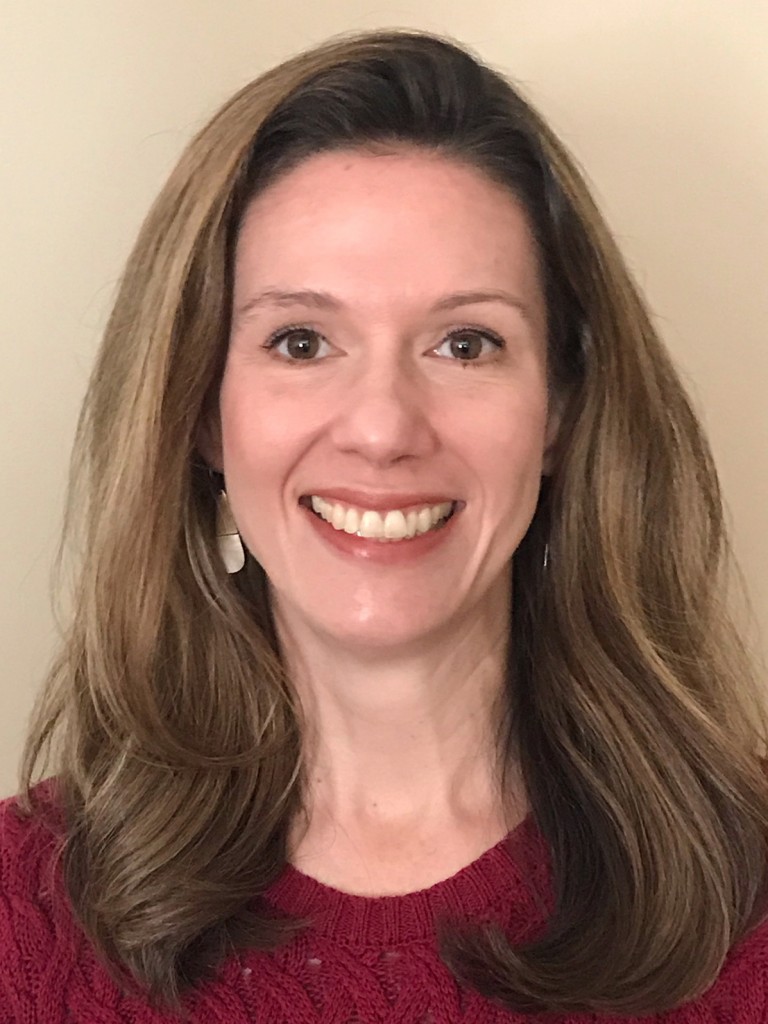 Liz BoenauAdministrative Assistant
Growing up in a military family, Liz Boenau lived for a time in Mississippi, Idaho, New York, Norfolk, and Northern Virginia, all before the age of 18. She graduated from Virginia Tech in 1999. After working in human resources at the Boeing Company, Liz began raising her amazing boys, Drew and Aaron, who are now teenagers. In 2005 Liz became a member of Stony Point Church, where she served as a volunteer for many years in both children’s ministry and women’s ministry. She began working part time at the church in 2017. She enjoys long walks and spending time with her boys and good friends. 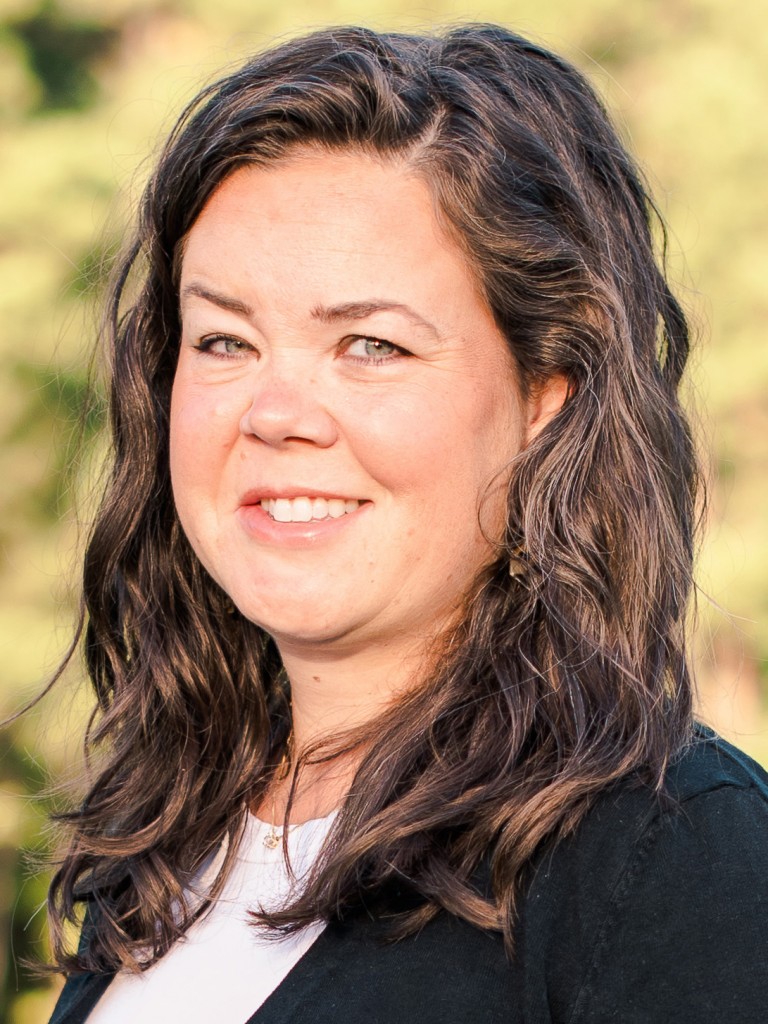 Mary Ruth TophamFinance
Mary Ruth was born and raised in Richmond and came to know the Lord at a young age. She graduated from VCU with a degree in business and worked in marketing for several years before marrying Joe and raising their two children, Fleet and Dorothy. In 2019 she started working part time at the church. When she is not cutting checks, Mary Ruth enjoys hosting neighbors and friends, gardening and working on house projects. She and Joe lead a community group in Bon Air. 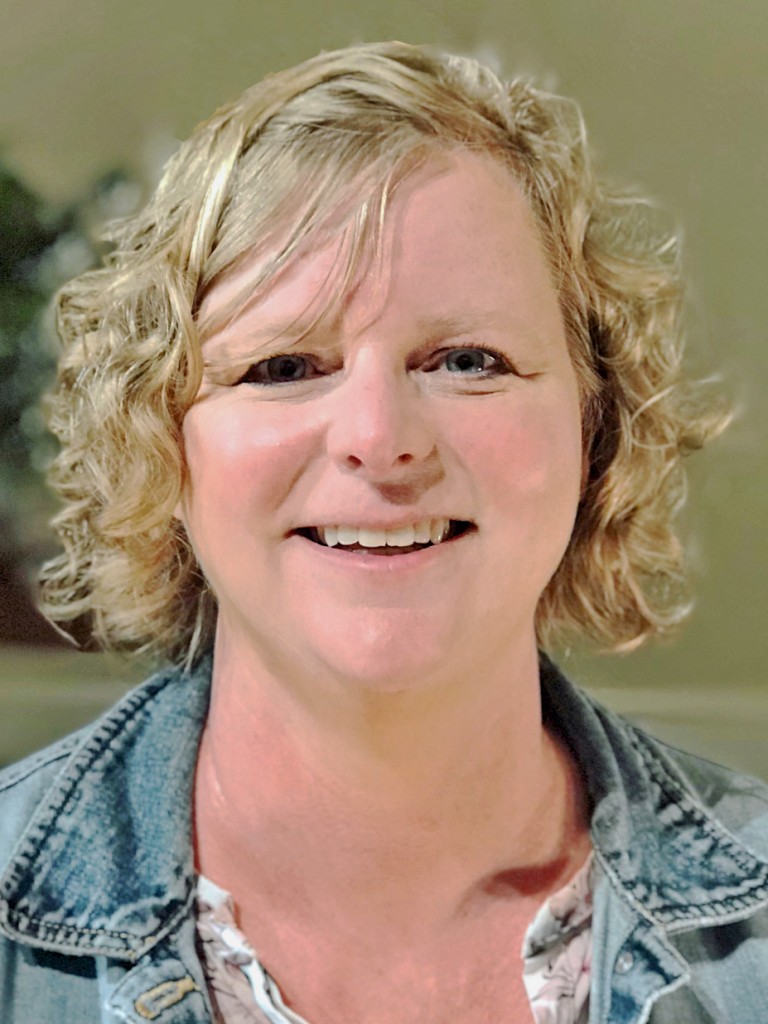 Jen HopkinsWebsite & Media
A west-coast native, Jen spent most of her early life in the Seattle area of Washington state. She graduated from Westmont College in Santa Barbara, California and Western Washington University in Bellingham, Washington, before teaching in Los Angeles for several years. In 1997, she married Fred, and they landed in Richmond, Virginia. She then served as the Media Specialist at First Baptist Church, Richmond, before she and Fred became parents to Layne, Ben, and Sam, who are now teenagers. After several years of freelance graphic design, Jen began working at the church in 2019. She loves spending time in nature and with her family, gardening, raising chickens, mushroom hunting, and writing an occasional poem.